The Battle of Henry Johnson in Walkertown February 8th

North Carolina historian Fam Brownlee will present his research on The Battle of Henry Johnson - one of the most extraordinary military events in American history.

Henry Johnson was born in Charlottesville, VA, but grew up on Sycamore Street in Winston-Salem before moving in his late teens to Albany, New York. His hour long solo fight in pitch darkness against a German platoon, which is still known today as “The Battle of Henry Johnson”, is one of the most extraordinary military events in American history. 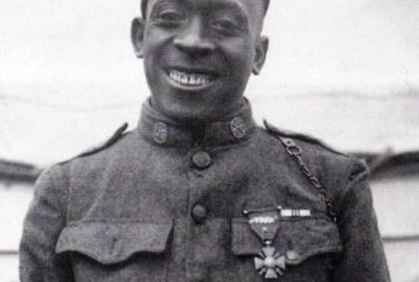 Henry Johnson displays his croix de guerre with gold palm. It was the first awarded to an American soldier in World War I.

Presented by a historian Fam Brownlee.

Sponsored by the Friends of the Walkertown Library Book Club.