Center for Design Innovation at UNC School of the Arts held an opening event on Dec. 4 for its Present Absence Project’s public art, which can now be seen at the top of the Department of Social Services building from Cleveland Avenue.

The project features five large portraits depicting medical professionals who graduated from or worked at the Kate Bitting Reynolds Memorial Hospital, commonly known as Katie B. In 1938, Katie B. became the first facility to offer comprehensive medical care and professional medical education for African-Americans in Winston-Salem. It closed in 1970 and was located next to where the Social Services building is now. The project was created by a team of six researchers and artists. The portrait banners were created by artist Owens Daniels. The photographs are layered with the poem “Forget Me Not” written by Raven Golston.

The women depicted in the portraits, who were all present at the ceremony, are representative of the many black professionals who worked and learned at Katie B. They are...

Phyllis Little is a 1966 Katie B. graduate who worked in the Operating Room of Wake Forest Medical Center for 46 years. She earned The Presidential Citation, which is the highest honor given to any employee at the hospital, and was named one of the “Great 100 Nurses in North Carolina.”


Jaqueline Howell is a 1969 Katie B. graduate who went on to work at Duke Medical Center, the Durham VA Medical Center and the VA National Center for Health Promotion. She’s published several articles in professional journals, including a study of VA Nurses and Shared Governance. After her VA retirement, she became an instructor at the City of Medicine Academy in Durham. She’s served as chair of the Katie B. Reunion Committee since 2011. 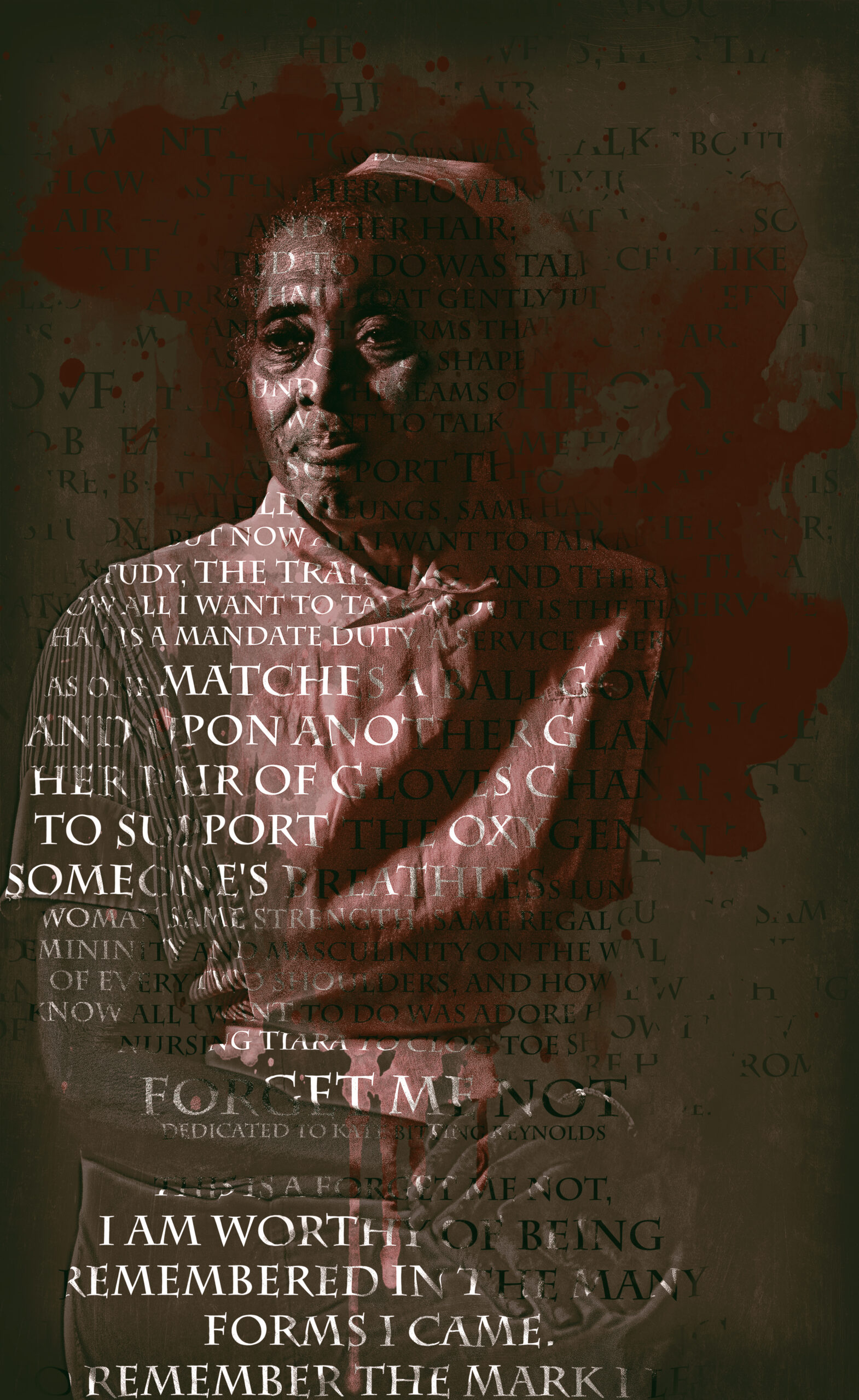 Betty Alexander worked as Chief Medical Technologist (Director Clinical Laboratory) at Katie B. from 1964-1978, spanning the transition to the new Reynolds Memorial Hospital in 1970. She went on to found the Clinical Laboratory Sciences Program at Winston-Salem State University and served as chair of curriculum development for the occupational and physical therapy programs. She served as Director of Health Careers Opportunity Program from 1986-2006, bringing students from less advantaged backgrounds into health care.


Gloria Millner graduated from Katie B. in 1963 with the highest GPA in her class. She went on to work at Katie B. as a registered nurse. During her employment she served as a Surgical Charge Nurse and a Shift Supervisor. She was also the first black RN at Reynolds American Company.


For more information about the project, including a reading of the poem on the portraits, visit the Center for Design Innovation's Present Absence website.

View more pictures from the event on Dec. 4.