Whodunits with Donuts Mystery Book Club at Walkertown Library April 20th at 10:30am

Join the Whodunits: Crime Solvers Book Club as we eat donuts and discuss Mistress of the Art of Death (Adelia Aguilar series) by Ariana Franklin.

Had Ellis Peters's Brother Cadfael been born a few decades later, he might have found a worthy associate and friend in Dr. Vesuvia Adelia Rachel Ortese Aguilar of Salerno, a short and short-tempered medieval coroner hired in secret by King Henry II to find out who's behind the horrific murders of Christian children in Cambridge, England. Prominent local Jews stand accused; Henry wants them freed, mostly for the sake of their tax revenue. As Adelia examines the children's bodies and gets to know the people of Cambridge, she has no trouble assembling a long list of suspects, but she encounters considerable difficulty trying to narrow it down, a struggle in which the reader gladly joins her. 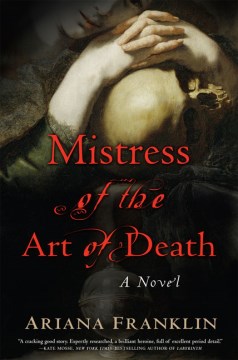