Mr. Dalton was an active volunteer squad leader, managing other Sheriff’s Citizens Patrol members and community events. Their dedication and guidance were invaluable during initial CALEA Accreditation in 2007, a recognition only five sheriff’s offices in North Carolina have attained. Reaccreditation was awarded in 2013 and expected again in July 2016.

Mr. and Mrs. Dalton have volunteered over 10,000 hours of service since 2008. Mr. Dalton was awarded “Volunteer of the Year” in 2009 followed by Mrs. Dalton in 2012. Both have earned the Presidential Gold Service Volunteer Award and Presidential Lifetime Volunteer Achievement Award. 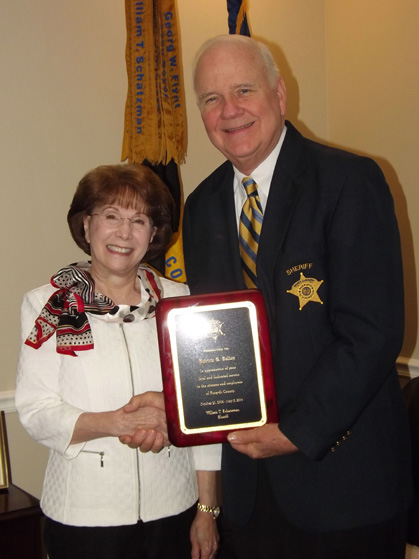