As a part of the show, a livestock skillathon is held both days, with Saturday's focus being beef cattle and Sunday's sheep and goats. The young people take a written test, identify feed samples, cuts of meat, breeds of livestock and equipment. The winners of the 13 and under beef contest were: 1st - Hannah King, Stokes County; 2nd - Lynae Bowman, Stokes County and 3rd - Marcie Harward, Stanly County. In the 14-18 year old category the winners were: 1st - Wyatt Kendall, Sampson County, 2nd - Abigail Graham, Franklin County and 3rd - Hailey Shoemaker, Virginia. 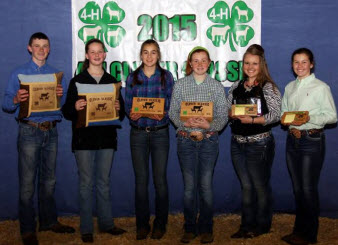 The livestock judge for the two day event was Will Cabe a meat goat and beef cattle breeder from Georgia. He selected Mary Margaret Smith's Angus heifer, Gambles Lady 3054 from Westminster, SC, as the Supreme Champion of the show. 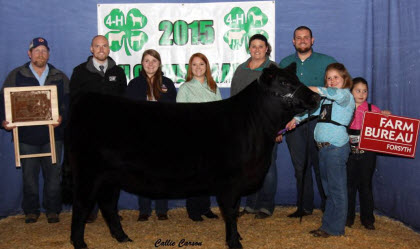 Reserve Supreme Heifer went to Shane Kendall of Sampson County, with his Limousin heifer from the All Other Breeds show, ELCX Splenda 014B. 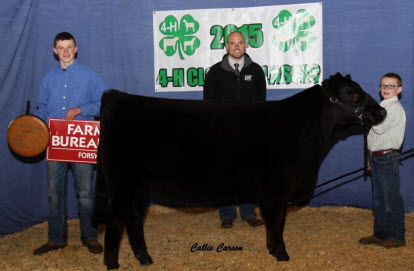 IIn the Angus show, not only did Mary Margaret take home the Grand Champion prize with Gambles Lady 3054, but she also took home the reserve prize with Gambles Georgina 3134 (below left). Following Shane Kendall's championship slap with Splenda in the All Other Breeds show, Cara Smith's heifer SFI/MID-AM Classy Lady (below right) was named as the Reserve. Lady is a registered Simmental heifer

In the Commercial show, Abbee Carnes of SC took home the Grand Champion honors with Reba. Kadence Overby of Micro took home the reserve with Baby.

In the Hereford show Alexis Eudy's heifer HAB MS 0161 Salley 4441 ET, of Harrisburg was selected as the Grand Champion. Reserve went to her sister, Courtney Eudy, with CME 14U Diva 378A

In the steer competition, Grand Champion went to Kaitlyn Templeton of Clemmons, NC with her steer Turbo. 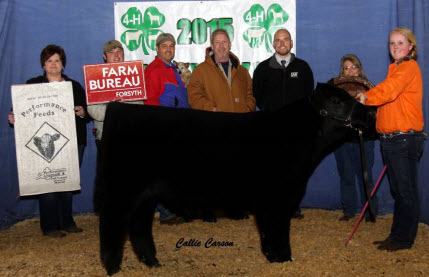 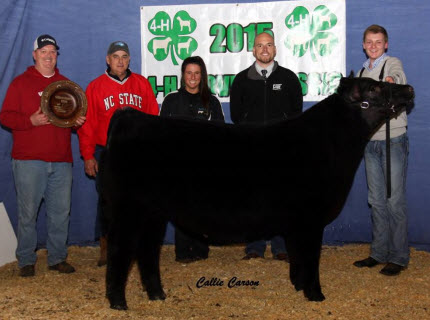 After Judge Cabe evaluated the animals, it was time to observe how well the young people interacted with their animals and how well they were presented. In the 8 and under division, first went to Madeline Smith of SC, second to AvaReese Branch of Elkin and third to Samantha Boswell of Micro. In the Junior Showmanship competition for youth ages 9-12, 1st went to Kadence Overby also of Micro, 2nd to Mary Margaret Smith of SC and 3rd to Lynae Bowman of King. 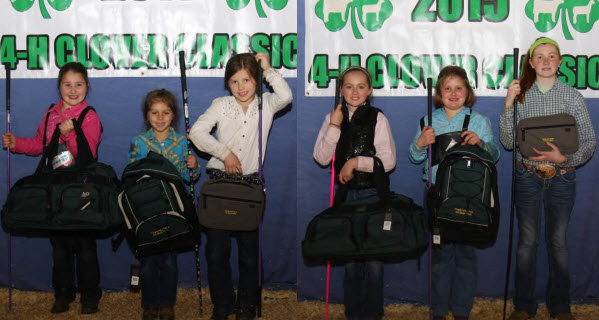 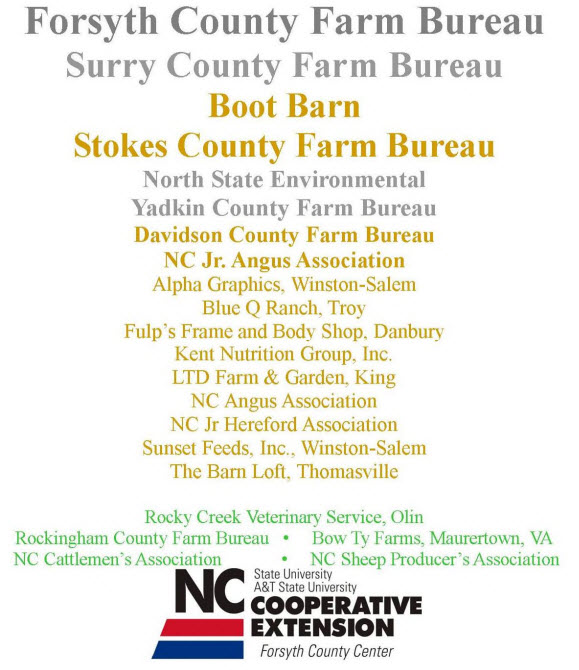