We knew we would have a larger crowd than last year at the Pawpaw Festival as the event had been the subject of an article in a statewide magazine, but even after preparing more food than we ever had in the past, we still could not serve all who came to learn about pawpaws. We had growers with pawpaw plants and fruit for sale, a local author’s book was for sale, and we had speakers who talked about how to grow pawpaw, the nutritional value of pawpaw, and the history of the pawpaw tree.

Our recipes flyers were so popular that we ran out and we promised that we would post a link to the recipes on the Forsyth County Cooperative Extension website, and here it is: Pawpaw Recipes 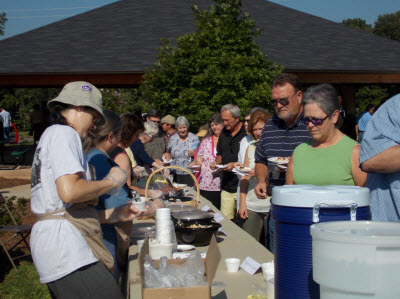 Lines form to sample dishes made with pawpaw fruit, such as pawpaw bread, trifle, cookies, and ice cream. 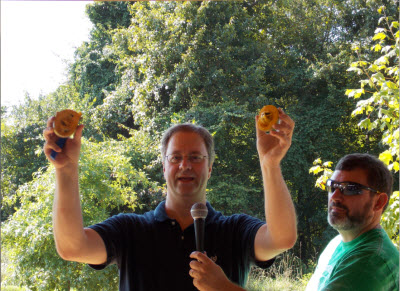 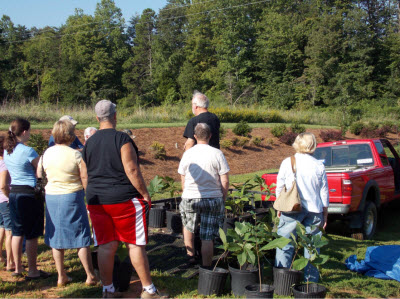 Parker's Pawpaw Patch - He sold all his trees! 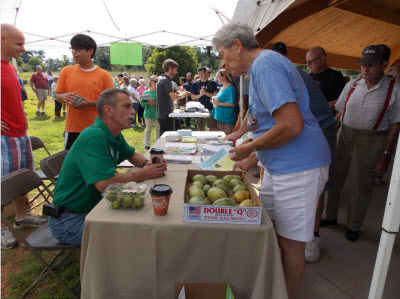 Craig Mauney, Horticulture Agent, gives information and handouts to those interested in growing their own pawpaw tree.