Enjoy these interesting documentary films in the Central Library Auditorium, showing soon on Monday nights. This series is possible through the partnership of the Forsyth County Public Library, the State Library of North Carolina, and the Southern Documentary Fund, as a part of the first gentleman Bob Eaves’ focus on North Carolina resources.


February One
September 24 @ 7 pm
The story of the Greensboro Four and the sit-ins at the Woolworth's store in Greensboro, NC. Based largely on first hand accounts and rare archival footage, February One documents one volatile winter in Greensboro that not only challenged public accommodation laws in North Carolina, but served as a blueprint for the wave of non-violent civil rights protest that swept the South and the nation throughout the 1960’s.

Moving Midway
October 1 @ 7 pm
A New York filmmaker returns to North Carolina to participate in the relocation of his family's ancestral plantation home. As memories are stirred at the loss of this place and way of life, distant relatives are discovered who are descended from the slaves of the plantation, and they have their own memories to share. The mythology of the Southern Plantation as depicted in films - from Gone with the Wind to Roots - is explored and combined with the actual moving of the home to a new location.

Doubletime
October 8 @ 7 pm
Jumping rope has moved off the sidewalks and onto the stage. Doubletime follows two disparate teams of competitive high school jump ropers –one suburban white from North Carolina and the other inner-city black from South Carolina. Both teams are national champions but from different leagues, and they train to compete against each other for the first time. Doubletime culminates with an exciting international competition at the Apollo Theater in Harlem, which features "fusion" routines where Double Dutch is blended with hip-hop dance and music. 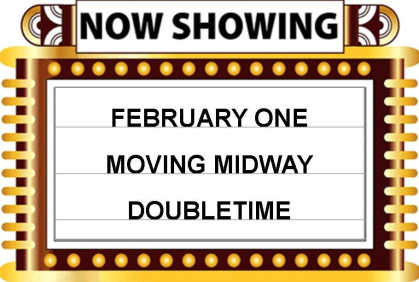