The FCSO was selected as one of the most supportive employers in North Carolina. The ESGR presented the award to Sheriff William T. Schatzman during the annual banquet held at the Koury Convention Center in Greensboro.

ESGR is a Department of Defense organization. It is a staff group within the Office of the Assistant Secretary of Defense for Reserve Affairs. ESGR was established in 1972 to promote cooperation and understanding between Reserve component members and their civilian employers by advocating relevant initiatives, recognizing outstanding support, increasing awareness of applicable laws, and resolving conflict between employers and service members. If you would like more information, please visit their website. 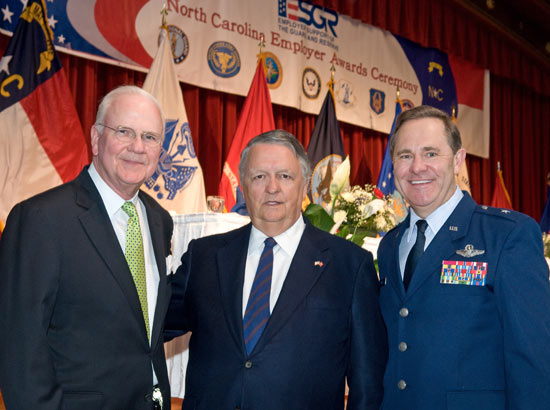