When we visit a national park or look at the skyline of a city, often we do not enjoy a clear vista -- a white or brown haze hangs in the air and affects the view. This haze is not natural. It is caused by man-made air pollution, often carried by the wind hundreds of miles from where it originated. Typical visual range in the eastern U.S. is 15 to 30 miles, or about one-third of what it would be without manmade air pollution. In the West, the typical visual range is 60 to 90 miles, or about one-half of the visual range under natural conditions. Haze diminishes the natural visual range. Haze is caused by fine particles that scatter and absorb light before it reaches the observer. As the number of fine particles increases, more light is absorbed and scattered, resulting in less clarity, color, and visual range.

For a detailed treatise on visibility, visit https://www.epa.gov/visibility.

Contribution of Various Particulates to Haze

Fine particle concentrations are highest in Forsyth County during spring and summer, when warm temperatures aid photochemistry and westerly trajectories bring in polluted air masses. Speciated PM2.5 fractions measured in Winston-Salem between September 2001 and December 2002 are detailed above.

Sulfate particles form in the air from sulfur dioxide gas. Most of this gas is released from coal-burning power plants and other industrial sources, such as smelters, industrial boilers, and oil refineries. Sulfates are the largest contributor to haze in the eastern U.S., due to the region's large number of coal-fired power plants. In humid environments, sulfate particles grow rapidly to a size that are very efficient at scattering light, thereby exacerbating the problem in the East.

Organic carbon particles are emitted directly into the air and also form there as a reaction of various gaseous hydrocarbons. Sources of direct and indirect organic carbon particles include vehicle exhaust, vehicle refueling, solvent evaporation (e.g., paints), food cooking, and various commercial and industrial sources. Gaseous hydrocarbons are also emitted naturally from trees and from fires, but these sources have only a small effect on overall visibility.

Elemental carbon particles are very similar to soot. They are smaller than most other particles and tend to absorb rather than scatter light. The "brown clouds" often seen in winter over urban areas and in mountain valleys can be largely attributed to elemental carbon. These particles are emitted directly into the air from virtually all combustion activities, but are especially prevalent in diesel exhaust and smoke from the burning of wood and wastes.

Crustal material is very similar to dust. It enters the air from dirt roads, fields, and other open spaces as a result of wind, traffic, and other surface activities. Whereas other types of particles form from the condensation and growth of microscopic particles and gasses, crustal material results from the crushing and grinding of larger, earth-born material. Because it is difficult to reduce this material to microscopic sizes, crustal material tends to be larger than other particles and tends to fall from the air sooner, contributing less to the overall effect of haze.

Some of the pollutants that form haze have been linked to serious health effects and environmental damage. Exposure to fine particles in the air have been linked with increased respiratory illness, decreased lung function, and premature death. In addition, sulfate and nitrate particles contribute to acid rain, which can damage forests, reduce fish populations, and erode buildings, historical monuments, and even car paint. New studies are being published that update our knowledge about particulate related health problems. For the latest information, check with the Health Effects Institute or conduct a web search on keywords like PM2.5 and health.

What You Can Do

To reduce haze we must reduce emissions of haze-forming pollutants across broad areas of the country. Cars, trucks, and industries are much cleaner than they were in the past, and several programs are in place to maintain this progress over the next several years. Nonetheless, these programs by themselves are unlikely to restore visibility to its natural conditions in many protected areas.

In April 1999 the U.S. Environmental Protection Agency (EPA) issued regulations to further reduce haze and protect visibility across the country. The EPA and federal land managers from other agencies are working with state, local and tribal authorities to promote steady improvements in visibility for decades to come. In the Southeast U.S., visibility issues are being handled by VISTAS. 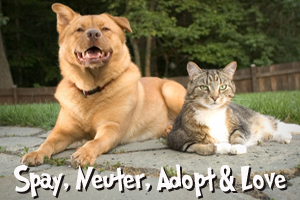 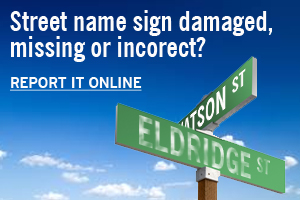