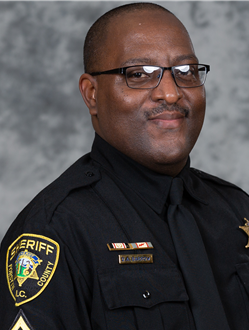 On September 11, 2021, Officer Barrow was working in 8C Housing Unit, when he discovered a resident attempting to commit suicide by tying a sheet around his neck. Officer Burrow radioed for assistance, then entered the cell and removed the sheet from around the resident’s neck. As a result of Officer Barrow’s quick response, he saved the resident’s life. The resident received treatment at a hospital and has now recovered from his injuries.