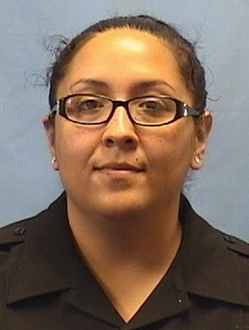 On February 20, 2021, Officer D. Grooms was performing her duties when she noticed that an Inmate had drugs in her body cavity. Officer Grooms notified her zone supervisor of this and an unclothed body search was conducted on the alleged Inmate. During the unclothed body search, a white powdery substance was found in the Inmate's body cavity. It was later identified as Heroin. Officer Grooms’ due diligence and attention to detail prevented other Inmates from receiving this drug. This particular narcotic drug has the potential of causing harm to residents and staff members inside the Forsyth County Law Enforcement Detention Center. Officer Grooms keeps the safety and security of the facility a top priority while performing her daily responsibilities.