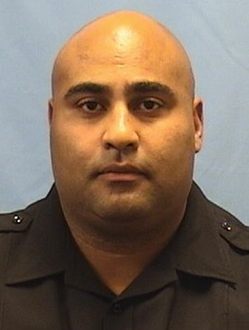 On 12-23-20, Deputy Frazier was in the Walkertown Office when a citizen knocked on the front door. The citizen was requesting assistance in removing his 20 year old son from his vehicle because the son had upset the father. Deputy Frazier went out to the vehicle to investigate. The father had taken the son to do some work with him that day and the son had not performed the work to the father’s satisfaction and the father was now angry with the son. After Deputy Frazier had the son step from the vehicle, the son broke down crying and was visibly upset. Deputy Frazier pulled the son aside to speak with him privately. He learned that the 20 year old had been homeless and had only been staying with his father for the past several days. While Deputy Frazier spoke with the son, the father spoke with other deputies on scene and then drove away – leaving the son behind. Deputy Frazier made contact with another relative of the young man and learned that the his mother had passed away when he was 13 years old and the father had been physically abusive toward him from that point on. The young man had been bouncing back and forth between staying with the family member and his father and being homeless. While speaking with him, Deputy Frazier could tell that he hadn’t bathed in several days and asked when the last time he had a meal. After learning that it had been two days ago, Deputy Frazier bought the gentleman lunch and continued speaking with family to arrange a place to stay. Initially, none of the immediate family members were willing to take the young man in. Not wanting to see him have to go to a homeless shelter for the holidays, Deputy Frazier was attempting to make arrangements for a hotel room for the gentleman. However, seeing that this would only delay the inevitable of him ending up at a homeless shelter, Deputy Frazier continued to speak with family members to try and have family take him in. The Mobile Crisis Team was also contacted to see if they could provide any assistance, which was met with negative results. A cousin finally agreed to let the gentleman stay with them. After arrangements were made, Deputy Frazier transported the gentleman to other relative's house to stay until the other family member could pick him up. While at the aunt’s house, Deputy Frazier continued speaking with the family about the young man’s situation. Later on in the evening, the aunt called Deputy Frazier and told him that due to that conversation between the two of them, she continued on trying to better her nephew’s situation and was able to speak with a friend who lived outside of the city who was willing to allow him to stay there and also obtain a job for him. Deputy Frazier exhausted all county resources available to him in an effort to assist this gentleman with providing a safe place to stay. Due to Deputy Frazier’s commitment to the community, he was able to facilitate finding a place for this young man to stay for the holidays, possibly gaining employment and away from an abusive relationship.