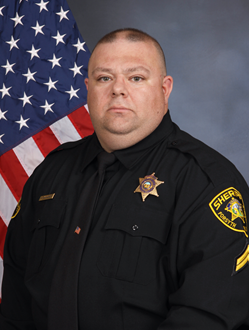 On October 15, 2020, while reviewing video footage, prior to an inmate being transported out of the facility, Cpl. Michener observed the inmate brandishing a weapon in his cell. Cpl. Michener immediately notified his supervision. A search of the inmate and his cell was conducted, and produced a man made weapon and over 70 pills. Cpl. Michener’s attention to detail and quick thinking prevented a dangerous situation.