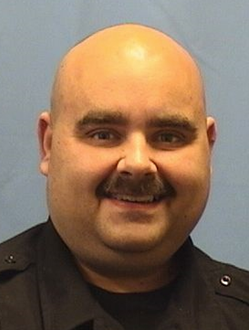 Officer Hamner received an inmate into the housing unit he was working in. Officer Hamner had supervised this inmate on a previous floor and noticed his behavior was very different from before. The inmate was now very animated, talkative, anxious, and shaky. While Officer Hamner was conducting a security round, he noticed the inmate was laying on his bunk staring into space so he called the Charge Nurse for medical assistance. When the Charge Nurse arrived, there was no response from the inmate. As a result, life-saving measures began and the inmate was transported to Baptist Hospital. Thanks to Officer Hamner’s observation and following through with requesting medical assistance, his actions help prevent what could have been a very different outcome.