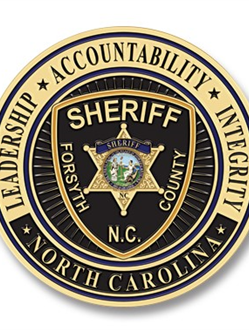 On June 21, 2019, Detention Officer V. Williams located an inmate who had harmed herself and immediately called for assistance all while remaining calm. Special Response Team Officers N. Bauguess, K. Middleton, and A. Woodley quickly responded and rendered aid to the inmate until emergency medical service personnel arrived. The officers' rapid response, recognition of the severity of the emergent situation and acting without hesitation directly resulted in saving the inmate’s life. The preparedness demonstrated during this type of incident reiterates the high standards of the Forsyth County Sheriff’s Office and reflect great credit upon themselves and this organization.