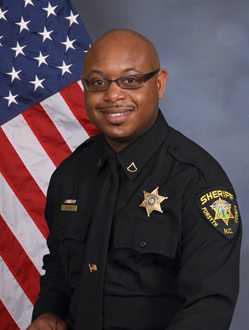 In the early morning hours of April 4, 2019, Deputy Owens along with his Field Training Officer dispatched to a call to a man who was attempting to commit suicide. Upon their arrival, Deputy Owens located the individual in the basement of the residence and quickly approached him and secured him so he would not be able to harm himself. Initially, the man was irate but Deputy Owens was able to defuse the situation and convince him to seek assistance for his emotional well-being. Deputy Owen’s rapid response and subsequent efforts with taking the time to speak with him afterward exemplifies the high level of competence and compassion he possesses as a Patrol Deputy for the citizens of Forsyth County.