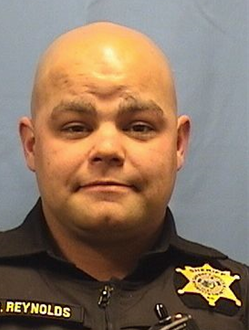 While on routine patrol on March 10, 2019, Deputy W. Reynolds noticed a residential home on fire and immediately went into action and called for the fire department to respond. Without regard for his own safety, Deputy Reynolds entered the residence to search for any occupants who may still be inside. The smoke was thick but he still tried to locate any possible victims until the smoke became too much for him to endure. The fire department and other Forsyth County Sheriff’s Office units arrived on the scene. An 89-year-old female was located in her bedroom, transported to the hospital and has since made a full recovery. The family cat was also located and received medical treatment. Deputy Reynolds’ quick thinking and heroic actions are prime examples of his dedication to the citizens of Forsyth County and we are very proud to recognize his selfless act.