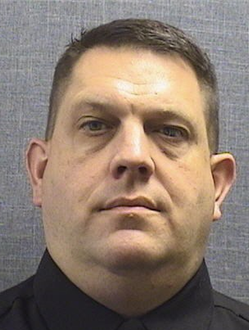 During the early morning hours of September 23, 2018, multiple units responded to a report that a man with a gun who had threatened the caller. Responding deputies located a man armed with a handgun inside an apartment, as well as a female who had been forced into the apartment at gunpoint. Corporal E. Gaylor responded to the location as a Crisis Negotiator. Corporal E. Gaylor made contact with both parties inside the apartment and after the conversation, was able to negotiate a peaceful conclusion. Corporal E. Gaylor’s investigative approach and skills as a negotiator were instrumental in preventing a tragedy from occurring. Corporal E. Gaylor’s actions during this incident exemplified the highest standards of the Forsyth County Sheriff’s Office and are to be commended.