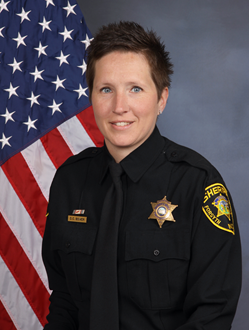 On July 23, 2018, an arrestee entered the Forsyth County Law Enforcement Detention Center using false identification. The arrestee was accepted and processed in the facility. When the individual later attempted to bond out, Detention Officer Bower discovered that he was using a false identity. Once his real identity was ascertained and verified, the individual was reprocessed and it was discovered there were active warrants for him. Due to Detention Officer Bower's attention to detail, the warrants were served, additional charges were added to the arrestee's previous charges, and the individual was not released to the public.