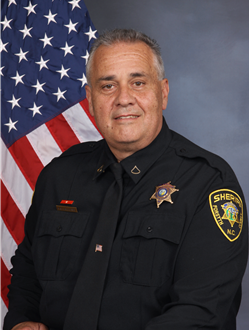 Officer LaLlave, during the month of March, again demonstrated his dedication to the agency during the Law Enforcement Detention Center Kitchen renovation project. He was tasked with maintaining site security, verifying all contractors upon entry and exit of the facility. He was often called upon for assistance and guidance by contractors and was a key member, making the project a success. He often worked additional hours in inclement weather. These tasks were performed in addition to his normal job responsibilities.