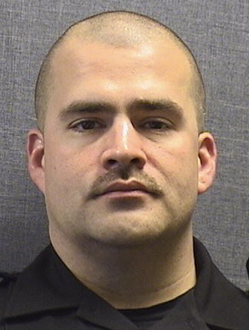 On March 4th, 2018, Corporal Webster responded to a business parking lot in the Village of Clemmons to assist other deputies with an incident. The information from eyewitnesses ranged from a possible vehicle crash to a disturbance with people yelling on the scene. Corporal Webster arrived and assessed the situation. He found a male subject sitting in a vehicle after an airbag deployment and appearing to have trouble breathing. Corporal Webster immediately believed the subject was in the midst of an overdose of opioids or opiates.

Corporal Webster immediately returned to his vehicle and retrieved his Narcan medication to give to the subject. Once he had administered the dosage of Narcan, he began removing the male from the car in preparation for giving CPR as needed. Once the subject was out of the vehicle, Corporal Webster began monitoring his vitals. As he was checking for the male's pulse, which he could not immediately find, he observed him stop breathing. Corporal Webster then began giving chest compressions to the driver. After several compressions, the male started gasping for air. Corporal Webster then stopped the compressions and checked for a pulse again. This time he found a strong pulse on the subject and continued monitoring him until Clemmon's Fire units arrived and relieved him. The driver eventually regained consciousness and was cared for by other rescue personnel.

Corporal Webster utilized his training, as well as his knowledge of opioid and opiate overdose clues to quickly identify and act in this situation, prolonging the time needed for medical personnel to arrive and continue care. This is just one instance of Corporal Webster working quickly and making an informed decision to act for the citizens of Forsyth County.