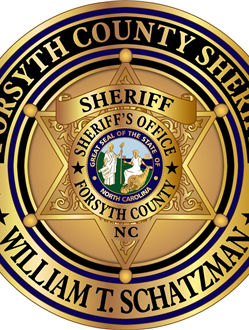 Emergency Medical Services personnel arrived on scene shortly after and took over care of the patient. They were able to detect that the patient had an independent pulse. In short, they were able to stabilize the patient well enough to be transported to Forsyth Medical Center. The patient later succumbed to her medical complications, but staff at FMC related that the actions of the civilian personnel as well as Deputy Holley and Deputy Faircloth in providing CPR greatly enhanced the patients’ chances of survival had no other medical complications been present.

The quick actions of Deputy Holley and Deputy Faircloth demonstrate the core values of the Forsyth County Sheriff's Office.