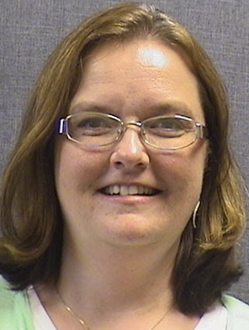 Over a span of several months the Forsyth County Sheriff’s Office along with multiple surrounding agencies had been inundated with Auto Break-Ins. Numerous reports were being filed daily in many areas of the county and surrounding jurisdictions. After receiving a video of the suspects from one of the victim’s residential surveillance cameras, Mrs. Higgins sent the photographs to her contacts at other agencies. This resulted in the positive identification of three suspects, which ultimately resulted in the arrest of two individuals and juvenile petitions for a third.

Mrs. Higgins was able to study each of the cases that the Sheriff’s Office had received and linked them to similar cases in Kernersville and Winston-Salem. Mrs. Higgins’ extraordinary efforts resulted in the Forsyth County Sheriff’s Office Investigators solving 13 cases with 36 charges, including a First Degree Burglary. These efforts also lead to approximately 25 cases being solved by the Winston Salem Police Department and approximately 3 cases solved by the Kernersville Police Department.

Mrs. Higgins went above and beyond to assist our investigators, as well as other agencies in solving these crimes.