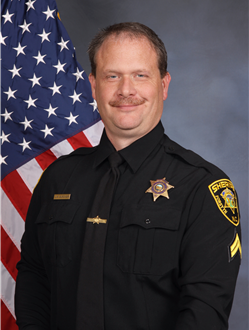 Corporal Burcham epitomizes the driving force of the Forsyth County Sheriff’s Office. His care and concern for the citizens of this county served him well this day.