May Civilian Staff Member of the Month 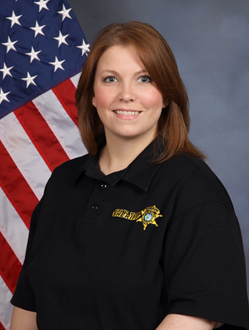 Mrs. Williams has been assigned to the Professional Standards Division as a Senior Office Assistant since October 2016. During the previous month, Mrs. Williams assisted the Administrative Services Division – Pistol Permits Section with their scheduling of appointments for service at the FCPSC. It was discovered hundreds of appointments had been scheduled on-line in error or duplication. This in turn caused citizens to book appointments for service with Pistol Permits later in the year due to lack of availability. Mrs. Williams called hundreds of citizens to inquire about their duplicated appointments and canceled the ones not needed. She then called well over a hundred more who had services scheduled for later in the year and offered them an appointment sooner than they had originally scheduled. Forsyth County citizens were extremely appreciative of the initiative to streamline the process and get an appointment scheduled sooner than they thought possible. Her efforts enabled the Sheriff’s Office to work more efficiently and effectively while serving the citizens of Forsyth County in a timely manner.

Mrs. Williams completed all of her daily work responsibilities associated with PSD while assisting Pistol Permits in the month of May. In addition, she has assisted the Training Section often while they are adjusting to and training a new Senior Office Assistant in their area.