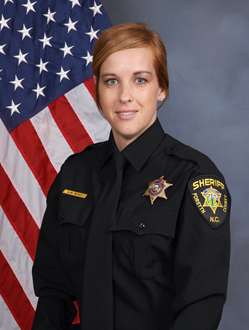 On April 21, 2017, Deputy K. Sink was preparing to transport an inmate from the Forsyth County LAw Enforcement Detention Center to Mecklenburg County Detention Center. During a pat down search of the inmate, Deputy Sink discovered a small bag of cocaine on the inmate's person. This inmate had been in custody for some time without the cocaine being found in his property. Due to the professional and thorough search performed by Deputy Sink, the transfer of illegal substances to another detention facility was prevented.