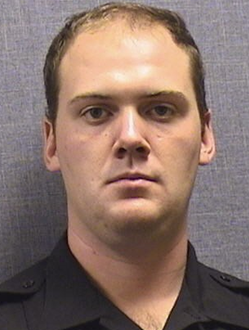 Detention Officer Inman displayed a great amount of professionalism, dedication, and restraint in the face of a dangerous situation. He demonstrated proper execution of training to regain control of the situation and restrain the inmate until more help could arrive.

Detention Officer Inman takes his job and positions seriously. He performs assigned tasks with professionalism and accuracy, which displays passion and dedication to work and Forsyth County.