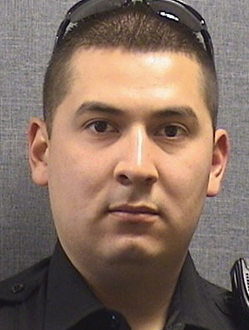 On October 28th, the FCSO received intelligence indicating a convicted felon would be entering Forsyth County for the purpose of conducting target practice with a firearm at a local shooting range. Deputy Bonilla was tasked with researching this information to identify the subject, corroborate the intelligence and take enforcement action.

Deputy Bonilla’s investigative efforts discovered video evidence of the subject in possession and firing a firearm. The subject was arrested for Possession of a Firearm by a Felon and the firearm was seized. This information was shared with law enforcement officers within the community where the subject resides. Officers went to the residence and additionally seized two high-powered rifles.

Deputy Bonilla’s performance resulted in the removal of three unlawfully possessed firearms from our community and the arrest of a convicted felon traveling to Forsyth County for the sole purpose of committing a crime. His performance is a credit to the Sheriff’s Office and is appreciated by his supervision and co-workers.